Okay, these fun-looking Segway tours have been around Honolulu for some time.  But Segways didn’t really catch my attention much until the other day. A woman lost control of hers right in front of me. She and the Segway flew off the curb into oncoming traffic on busy Ala Moana Blvd in Honolulu.  The amazing thing is that she […] 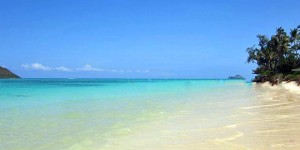 If you had to pick a secret beach on Oahu would you select A or B? According to Coastal Living magazine, photo A shows the top secret beach in the USA to enjoy the scenery without the crowds.  Budget Travel associate editor, Beth Collins, agreed in Reader’s Digest.  What beach are they talking about? Their pick for seclusion is […]

Last month we reported, based on multiple sources, that six Boeing 757’s had been acquired on behalf of Allegiant Air, likely in preparation for service to Hawaii.  It is believed that at least one of these 757’s is in the shop at Goodyear, Arizona. We’ve been reporting Allegiant’s plans to begin service to Hawaii for some time.  While the […]

Associated Press has placed the TripAdvisor review fraud issue front and center after their recent interview with me.  With that bold step, the subject has gone from the cloaked domain of travel writers into open public view.  Kudos to AP. What is TripAdvisor doing now that they’ve openly admitted to reviewer fraud? I spoke this week with April Robb […]

TripAdvisor removed their fraud warning badge on Honolulu’s Hotel Renew last week.  With the badge gone, the hotel is now listed as the number one property in all of Honolulu.  So how did Hotel Renew go from being a problem child last week to top property this week? TripAdvisor has removed almost all fraud warnings from their reviews. My […] 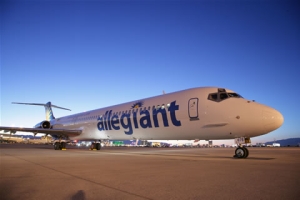 Updated: Sources indicate that the aircraft were bought on behalf of Allegiant rather than directly by Allegiant.  Allegiant is denying that they purchased the aircraft, which is likely technically true. Allegiant Air may really be the new airline in Hawaii skies. Three sources tell me that they have just purchased six Boeing 757-200 aircraft in the UK.  The planes […]

A recent report on DVT in the Annals of Internal Medicine, warns travelers that on flights of over 4 hours, the risk for developing this potentially fatal problem increases three fold. This study represents the first research which supports the previously theoretical relationship between air travel and DVT. More research is pending on the prevention aspects of DVT.  Deep […]

As you may have heard, US Airways has announced daily non-stop service from Charlotte to Honolulu starting in December.  While I’m always happy to see any new lift coming to our state, this announcement wasn’t one that I expected, nor thought made sense. First, the good news:  Three carriers will offer non-stop service to Hawaii from the East Coast. […]

I noted with interest that ownership of bankrupt Hawaiian clothing retailer Hilo Hattie has transferred today to Royal Hawaiian Creations.  While I’ve never heard of Royal Hawaiian, their half-working website indicates that they manufacture and wholesale Hawaiian wear.  They are Honolulu-based, and previously owned two Waikiki stores that apparently closed last year. News reports indicate that Royal Hawaiian, which […] 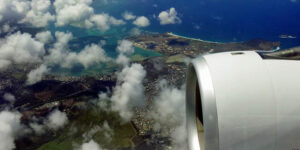 Two recent comments, from Lance and Colleen, got me thinking about checked bag fees and what I’m doing to avoid them. These fees are just too annoying (though I suppose understandable).  They’re ubiquitous and there is no way to avoid them coming to Hawaii.  Many carriers charge more if you don’t plan and pay for checked bags in advance. […]

Alaska Airlines has great “Hawaii On Sale” pricing to get you from the Pacific Northwest to Hawaii this summer: Seattle to Honolulu $169 Portland to Maui $169 As I mentioned last month, Alaska is expanding with service from Oakland to Hawaii starting early November.  While the sale has official ended, I still find some seats at the following introductory […]

Updated:  I got up before 5am to try this.  There were flights available, just nothing that worked for me for same day travel. Go! Airlines is celebrating its third anniversary.  Gosh the time went fast.   To celebrate, they are offering one thousand $3 (plus tax/fees) inter-island tickets starting today at 5:00am (Hawaii time).  Tickets will be valid for travel […]