There’s a three way battle for Hawaii air dominance and not one of the players is based here. Apparently there is gold in our hills, or at least these significant players think so. And let’s face it, Hawaii’s skies need some new blood. The currently stagnant, constrained marketplace has resulted in ridiculously high and unsustainable mainland and inter-island airfares, […] 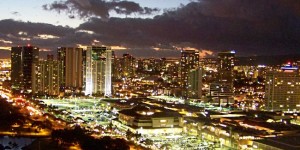 The now bottom-of -the-barrel Ocean Resort Hotel in Waikiki is being re-branded as a Hyatt Place. It’s a Hawaii spin on the Ugly Duckling fairy tale. Will this new version turn into a swan? Waikiki Ocean Resort Hotel had a sordid history. Personal reports and abundant reviews make it clear why. Comments I read include things like: Bed bug […] 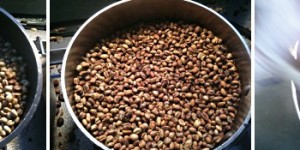 Kauai Coffee will no longer be under local ownership. If you’ve been on the plantation before, do you think it’s a good move or a bad one? Alexander & Baldwin (“A&B”) recently announced that our neighbor, Kauai Coffee Company Inc.,  has sold its coffee operations to global coffee giant Massimo Zanetti (“MZ”). In the deal, the land continues to […]

The likelihood of both visitors and locals riding the new $5.5 billion 20-mile elevated rail system may just have increased significantly. Plans for Honolulu’s mass transit system have been in the works for a half-century. The city announced yesterday that it had received confirmation from the Federal Transit Administration (FTA) that the project has met all the requirements of […]

It’s been nearly three years since oil spiked to $150 a barrel, sending the airline industry into a death spiral. Delta Airlines says its annual fuel costs may rise by $1 billion in 2011 according to a memo yesterday to its employees. “The biggest issue we face is the recent steep run-up in fuel prices” — Delta CFO Hank Halter […]

Do you recall that Air Canada incident en route from Hawaii about a year ago, when a fire broke out in the onboard kitchen? Now, an Air Canada flight en route from Honolulu to Calgary has reported an emergency due to loss of engine oil pressure and quality. They shut down one of the 767’s two engines, descended to a […]

News today that US Airways is joining the ranks of other airlines and plans to close its Manila call center. It will return those jobs to U.S. based agents. Outsourcing resulted in unsatisfied customers In the past decade most major air carriers attempted reducing costs through moving to contracted call center companies located either in India or the Philippines. […]

Today, WestJet announced it has reached agreement to operate a leased Boeing 757-200 for use on its nonstop services between the Province of Alberta and Hawaii from mid-February through April 2011. This is a trial run for Westjet, which has previously only operated 737-type aircraft. According to the press release, the service will be from Calgary to Maui and Oahu; also […] 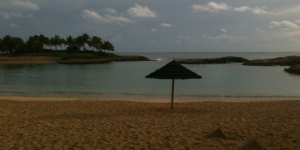 Visitors are at long last returning to Hawaii. This is great news for our State and a mixed blessing for visitors. Here’s what’s happening: Off Season Spending In low-season October, for example, visitor spending was up 25% compared to 2009, with 575,000 visitors spending $961 million. We’re seeing consistent month after month increases, such that in the first 10 […] 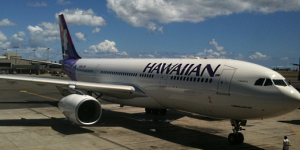 I’m keeping my seat belt fastened after reading what happened to a Hawaiian flight from Pago Pago to Honolulu that encountered clear air turbulence. The incident resulted in one of the flight attendants breaking a leg and three others being injured. Surprisingly, although the flight had just departed Samoa, it continued on for the five hour flight to Honolulu. […] 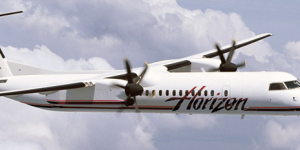