Three carriers are poised for game-changing Hawaii airline services that could change the face of Hawaii airfare deals. Here’s the latest news.

It seems no one wants to dive into Hawaii’s shallow air transport swimming pool, head-first. Fearing that Hawaiian waters may not support a major commitment at this

time, both Southwest and Allegiant continue to hedge bets. Each is posturing somewhat differently, but in the end, they’re both saying the same thing. We can come to Hawaii, but just how much we want to do so remains contingent of fast-changing market conditions.

When will Southwest start serving Hawaii?

“The carrier is preparing to take delivery of 175 seat, Hawaii-capable 737’s starting early next year. Last December Southwest gave every indication that they would be jumping into the aloha frey wholeheartedly. Then came this quote, from their CEO at the end of August. Now it’s anyone’s guess when they will serve Hawaii, and exactly what their ultimate plans will entail. Southwest also has an abundance of Boeing 717’s on hand, so don’t rule out the possibility of inter-island services from Southwest quite yet.

Here’s what’s going on at Allegiant:

Do I buy their Hawaii plans? Well not completely. I think that Allegiant’s real decision on Hawaii has yet to be made and will be directly contingent on what Southwest and Alaska do first. They may still come to Hawaii, although I personally wouldn’t bet on it. 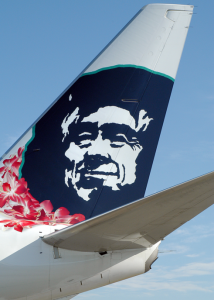 Alaska is the only one of the three that currently flies here. The Hawaii market has been working reasonably well for them so far, with only limited competition. They’re butting heads primarily with Hawaiian Air, which has its future largely pinned in another direction, Asia Pacific expansion.

Alaska has flights to all major islands from the Pacific Northwest and the San Francisco Bay Area. They’d ideally like to expand their services, perhaps to include Orange County and Burbank, plus central California. They are another carrier that has the ability to offer inter-island service using the expertise and equipment of their Horizon Air division.