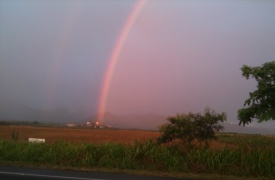 While there aren’t any great deals at the moment between Southern California and Hawaii, there’s a glimmer of light for next year that might help keep a downward pressure on prices.

I’m talking about renewed competition and Delta’s recent announcement of daily 757 service between San Diego and Honolulu starting June 3.  This route has previously been served only by Hawaiian Air.

This will follow upcoming expansion of Delta’s Hawaii service from Los Angeles, and the addition of a second daily flight between LA and Maui next March.

Continental is also keeping its focus on Hawaii with their upcoming new service to Honolulu from Orange County.  That too starts next March.

Lastly I still don’t think we’ve heard the last of Alaska Air’s Hawaii routes.  While not from Southern California, in March, the airline will add three flights a week between San Jose and Kahului, four-times-weekly service between San Jose and Kona, and daily flights between Sacramento and Maui.  I’ve been predicting additional Alaska Air service from Orange County and/or San Diego to Hawaii’s neighbor islands, and still think this is likely.

The best is yet to come.